A growing number of startups are working to pull CO2 out of the oceans, protecting marine ecosystems and mitigating global warming. 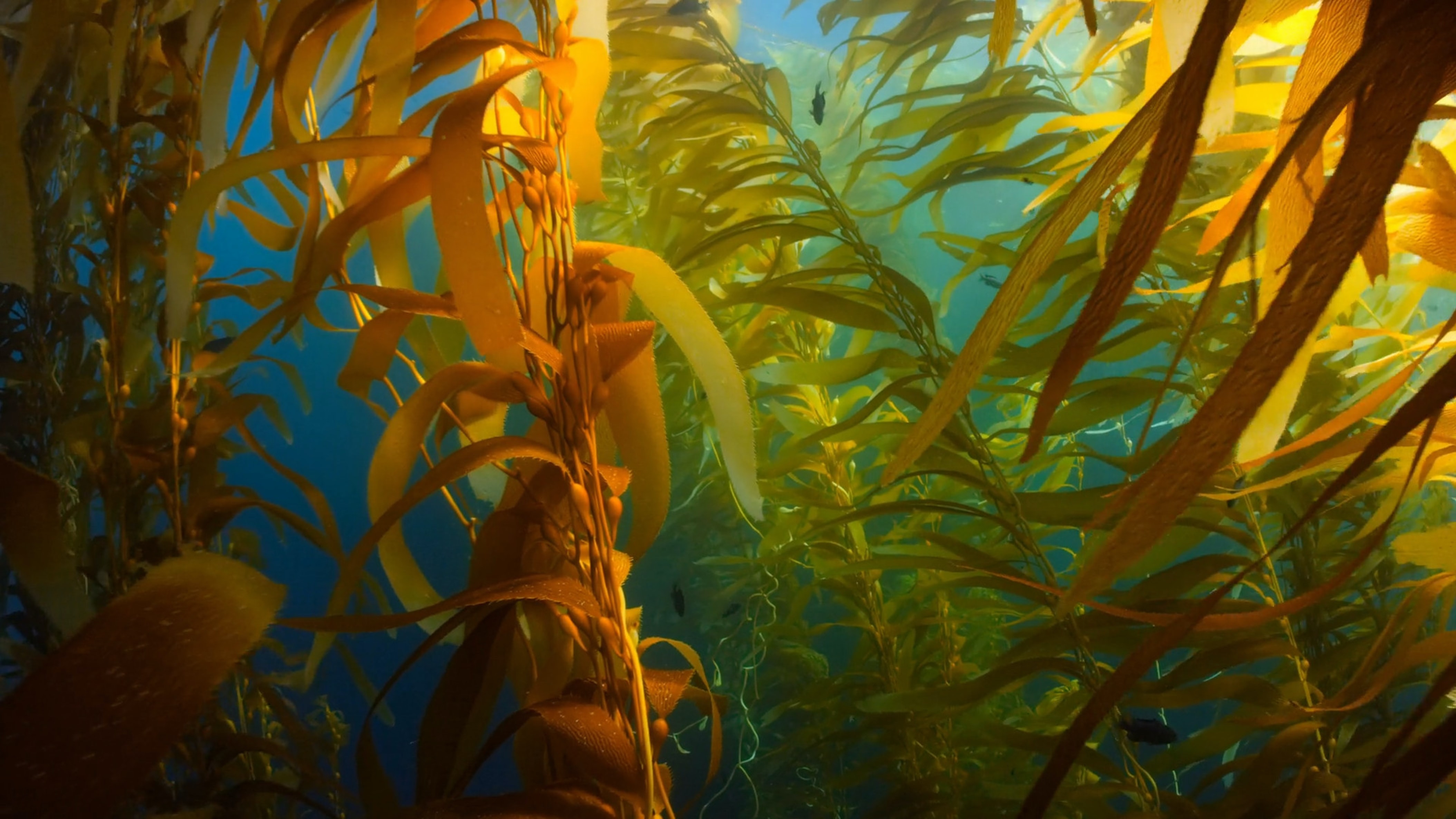 In the 200-plus years since the industrial revolution began, human-caused carbon emissions have raised the acidity of the surface layers of our oceans by a whopping 30 percent. Just as carbon dioxide can be dissolved in liquid to put the fizz in carbonated beverages, CO2 dissolves naturally into the ocean, where it then reacts with water to form carbonic acid.

Even if we fully decarbonize the economy tomorrow to slow global warming, the ocean’s acidity will continue to rise as it draws CO2 out of the atmosphere. Increased ocean acidification could cause alarming harm to biodiversity and global food security, with damages as high as $1 trillion per year by 2100 due to aquaculture, fishery, and tourism losses.

The oceans are the world’s largest carbon sink with about 50 times more carbon present in the ocean than in the atmosphere. Because of the ocean’s role as a carbon sink in the global carbon cycle, with 25% of emitted CO2 deposited into the ocean each year, ocean carbon dioxide removal (CDR) approaches are considered negative emissions technologies (NET) alongside solutions like reforestation, soil carbon capture, or direct air capture. Not all carbon removed from the ocean will be replaced with an equivalent amount from the atmosphere; however, it’s clear that ocean CDR techniques can be applied to reduce unwanted carbon in both the atmosphere and surface waters.

While some NETs like direct air capture will take years of R&D to be economically viable at scale, some ocean CDR techniques such as seaweed cultivation and ocean alkalinity enhancement are relatively affordable today. And yet, despite the cost-readiness of some of these approaches, there are critical research questions that persist across the field. Among them: How do we verify long-term CO2 removal? What are the environmental consequences of various ocean CDR approaches at scale? How should we include ocean CDR in a broad, equitable, and practical climate mitigation strategy?

At Third Derivative (D3), we’ve seen a growing demand for research, investment, and development in the ocean CDR space. Here’s a closer look at three categories of ocean CDR, how some startups are approaching the challenge, and key concerns that need to be addressed.

Seaweed captures and stores carbon during photosynthesis. While seaweed is already an established multibillion-dollar industry for a variety of applications across food, feed, and fertilizer, it can also be used to sequester carbon via deep ocean sinking, BECCS, or biochar. Seaweed cultivation is a promising opportunity for carbon sequestration due to its ability to photosynthesize with up to tenfold the efficiency of terrestrial plants and because millions of tons of seaweed are already grown each year (predominantly in Asia). Investments in the seaweed industry doubled in 2021, signaling burgeoning interest in the space.

Proving how long carbon sequestration will last is critical for monetization with carbon offsets. With seaweed, carbon storage is difficult to measure, as most estimates come from modeling as opposed to empirical verification. The duration of carbon storage also varies by location, with some ocean basins (such as the Pacific and Indian Oceans) storing carbon for longer than others. With certain geographic exceptions, it’s generally accepted that seaweed reaching the deep sea (below 1,000 meters) will provide centuries of storage before the carbon returns to the atmosphere.

According to the Intergovernmental Panel on Climate Change, starting in 2050 we may need to remove 2 billion to 20 billion tons (gigatons) of carbon dioxide from the atmosphere per year to limit warming to 1.5°C (2.7°F). Despite seaweed’s relatively high yield per acre, the National Academy of Sciences (NAS) has estimated that the area required to grow enough seaweed to annually capture just one gigaton of CO2 is gargantuan: about 300,000 square miles, which is approximately the area of Texas.

While the open ocean offers plenty of space, many locations are thought to be either too deep (lacking sunlight) or too shallow (lacking nutrients) to support seaweed growth. The ARPA-E MARINER program, focused on advancing marine biomass cultivation, has provided over $60 million to companies, universities, and NGOs that are exploring solutions to these bottlenecks. Project examples include improving crop yields with selective breeding, developing upwelling devices to access nutrients from deeper water, and others.

Seaforestation.Co, a startup in D3’s cohort 22-1, was spun out of the nonprofit Climate Foundation, which has been researching restoring natural upwelling with marine permaculture since 2007. The team has developed an offshore floating platform in the Philippines to help tropical seaweed cultivators adapt to harvest-decimating climate disruption by growing seaweed on the open seas.

Using renewable energy, their hurricane-resilient platform lowers at night to uptake nutrients and avoid ships and storms, and then rises during the day for sunlight. Seaforestation.Co grows seaweed for harvest of food and fertilizer products, providing carbon export to the deep sea along the way — a portion of the seaweed falls off the platforms naturally during growth and sinks to the ocean floor. The ARPA-E MARINER program estimates that under optimal conditions (e.g., with improved yields), seaweed cultivators would need less than 80,000 square miles of ocean (approximately the area of Nebraska) to sequester a gigaton of CO2 each year, or four times less than the NAS estimated would be needed.

Enhanced weathering involves depositing minerals in the ocean that can react with and sequester CO2. When these minerals enter the ocean, they react with the dissolved CO2 and bind the carbon dioxide as bicarbonate. The primary advantages of this approach are low-cost abundant raw materials and 1,000-year-plus durability.

Concern 1: Toxicity and Other Side Effects

Many rocks that are rich in olivine, one of the leading minerals being evaluated for enhanced weathering approaches, also contain potentially harmful metals such as nickel and chromium. Olivine is an attractive candidate mineral due to its wide availability and high sequestration capacity (nearly 1 ton of CO2 removed per ton of olivine), but the trace metals that often accompany it require more study to understand the potential for negative consequences on oceanic food chains and nutrients. Startups, nonprofits, and universities are surveying and monitoring the environmental effects of oceanic enhanced weathering to help us better understand this concern.

To remove a gigaton of CO2 per year, it’s projected that as much as 1–3.5 Gt/y of mineral mining may be required, equivalent to half of the mining production of the entire global concrete industry.

Grinding down rocks to increase the surface area is critical for improving the speed of mineralization reactions with CO2, but it can be a large contributor to cost, requiring anywhere from a few dollars to tens of dollars per ton. If fossil fuels are burned to provide the power for grinding, up to 30% of the captured amount of CO2 may be re-emitted, depending on the grain size. Larger grain sizes require less grinding power, but take a longer time to achieve CO2 saturation.

Project Vesta: Capturing billions of tons of excess CO2 using the power of the ocean.

Project Vesta, a startup in D3’s Cohort 419, was spun out of a nonprofit climate think tank called Climitigation. Project Vesta uses olivine to remove CO2 from the ocean. Because of the high capacity of olivine for CO2 capture, the company can achieve high capture efficiencies: only 3–7 tons of CO2 will be emitted for every 100 tons sequestered.

Vesta’s early ecotoxicology reports suggest no statistical difference in survival for aquatic life. As the team moves to field trials, they are rigorously collecting data , creating a framework for measurement, reporting, and verification of carbon dioxide removal, as well as a mode and blueprint for deploying coastal enhanced weathering at scale.

Electrochemistry is a growing branch of engineering that is used to develop systems like electrolyzers, fuel cells, batteries, and more. In an ocean CDR context, electrochemistry can be applied to increase ocean alkalinity and/or remove ocean acidity. To reduce infrastructure and water pumping costs, electrochemical technologies can co-locate with desalinization or wastewater treatment plants. They can also benefit from innovations in membranes and electrolysis for green hydrogen.

As of 2021, only about 30% of global electricity generation is renewable. Due to the high energy requirement for electrochemical ocean CDR, it’s all the more crucial to understand the electricity process emissions and to put the energy requirement in context with demands for clean electricity from other sectors that are striving to decarbonize. Harnessing the ocean’s energy for mixing and piggybacking with wastewater treatment facilities are ways that electrochemical ocean CDR startups can reduce their energy consumption.

Ebb Carbon was founded by Matt Eisaman, a leading expert in the field of electrochemical carbon capture with over a decade of experience researching and publishing on the topic. At the SEA MATE project (Safe Elevation of Alkalinity for the Mitigation of Acidification through Electrochemistry), Eisaman and the Ebb Carbon team have developed an electrochemical ocean CDR process to split salt and seawater into their constituents, returning sodium hydroxide to the water to increase alkalinity and then storing and selling the hydrochloric acid. Ebb Carbon projects that it can reach costs of <$100/t CO2 at scale.

The Way Forward for Ocean CDR

2021 was the year when carbon removal finally became mainstream, garnering corporate commitments from Stripe, Microsoft, and Shopify, while the voluntary carbon markets grew in size to more than $1 billion. The Intergovernmental Panel on Climate Change’s 2021 report was clear: we need both full decarbonization and negative emissions in order to remain under 1.5°C of warming and avoid the worst damages of climate change.

While ocean CDR is one of the lesser-developed pathways for carbon capture and sequestration, the opportunity is enormous. We hope that investors, scientists, policymakers, and other stakeholders continue to advance ocean CDR research and innovation. We also encourage startups working on ocean CDR with 1,000-plus years of durable storage to consider applying for the First Gigaton Captured startup cohort at Third Derivative, launched in partnership with the Grantham Environmental Trust (application deadline is April 12th).