On a mission to provide reliable, outage-free electricity for all, TekUncorked CEO and founder Meenakshi Vashist sees the smart grid as a solution to India’s grid losses and powerless hours.

In Third Derivative’s “Ecosystem Spotlight” series, learn about the people, ideas, and companies that are—together—accelerating the rate of climate innovation to address the climate crisis. Today, we’re featuring Meenakshi Vashist, CEO and founder of TekUncorked, in Third Derivative’s Cohort 22-1.

With a background in semiconductors, telecommunications, and space research, Meenakshi Vashist always assumed that she would live “a normal, corporate lifestyle,” however a walk deep in the hills and jungles of lower Himalaya would forever alter her life’s course.

It was on a 20,000-kilometer trek across rural India that the TekUncorked CEO and founder envisioned her path forward—and it was one conversation, in particular, that changed everything for her.

In retrospect, this career about-face should not have surprised Vashist.

“You know, right from childhood and as I grew up…in some of my very key memories, electricity played an important role,” she said. “I never knew at that time that I would end up working in energy, working to solve some of the problems I was witnessing.”

From the historic blackouts of 2012 to 2022’s crushing heat waves that pushed the grid to its limits, in India, grid efficiency and reliability are at the forefront of many people’s minds—and TekUncorked is poised to meet the challenge.

Vashist was in the midst of the deep jungles in Chamoli when she passed a woman carrying a huge load on her back—twigs she picked from the forest floor to burn as firewood.

She struck up a conversation with the woman asking, “How do you find living in the middle of nowhere?” and the two chatted over a cup of tea.

The woman explained that while she had received a small solar panel from the government, it provided only enough energy to power a small radio. And although she was grateful for this conduit to the outside world, she told Vashist that she imagined a life in which she had electricity for her children, too, so that they would not have to travel into the city for their education.

“This was a big turning point for me,” said Vashist. It raised the question: “Why is electricity not reaching the people here?” she said.

Something didn’t add up. 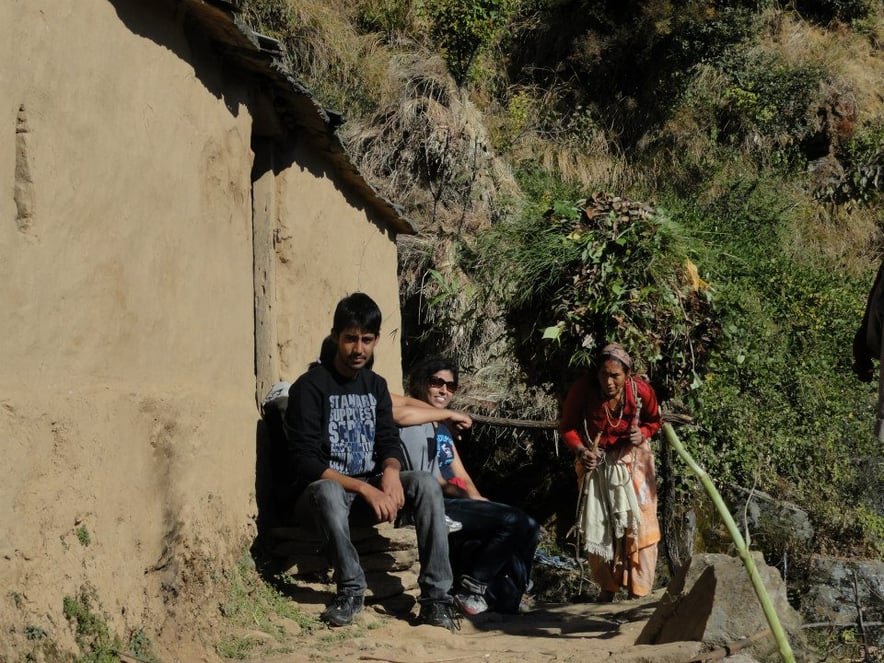 “We are saying that India is producing enough electricity to fulfill everyone’s needs, and that is where I started to dig deep—talking with a lot of people, the utilities, and things like that,” she said.

What Vashist found was that although every year, India is generating almost 1.6 trillion units of electricity, nearly 30% of that energy does not reach the end consumers.

It was then that a light bulb went off.

The critical mission, in her mind, was to “get this electricity back on the table” and deliver it to the consumer—particularly the energy impoverished living in such remote, rural areas.

She realized that these areas could be electrified at an almost negligible additional cost were this lost electricity to be harnessed.

This was the “trigger point” that guided Vashist toward the grid.

“The [electricity] losses are really high and the utility would want to eliminate those kinds of losses because it impacts both their top and the bottom lines, while consumers would like that to be fixed so that they can receive the electricity in their homes and businesses,” said Vashist.

Electrical outages generally happen when one of the components of the grid has suddenly failed.

“Something is burning or gets overheated, and suddenly 100 or 200 houses no longer have electricity,” explained Vashist.

Compounding the problem is a lack of actionable intelligence.

“There is no way for the utility guys to know that these 200 houses have no electricity,” said Vashist. “It usually depends on somebody picking up the phone and calling in the outage—and then it takes time to find out where the fault is and then repair it.”

TekUncorked hopes to slash this downtime—and ultimately, prevent the outage before it ever happens.

Vashist said that TekUncorked is essentially built around two pillars: Shortening the duration in which customers are without electricity and “making sure that the outage never occurs in the first place, because we have already identified the problem point in the grid that needs attention.”

Through their LVIoT (low-voltage internet-of-things based) platform, small IoT devices are placed at key service points, such as at the distribution transformers, substations, and feeder pillars, to continually monitor two things: the flow of electricity to and through that component and the health of the component, and the environment in which it is operating. “If we see any anomaly, an immediate alert goes off, notifying us to the aberration,” said Vashist. “And if this aberration keeps occurring, we flag it for action from the utility.”

Should a breakdown occur, the system is also built to alert people on the ground to the outage, pinpointing precisely where it occurred and, ultimately, shrinking the timetable for when the lights will be turned back on.

In Vashist’s estimation, making the grid “smart” has been a game changer.

“When you make the grid smart, you make it connected and predictive. You start reducing those losses, which means you’re, in essence, producing more electricity with the same expenditure and you’re able to electrify more homes.”

According to her team’s analysis, in India, were the grid losses to be halted, more than 200 million additional homes could be electrified without any additional power generation.

And this has major implications in the way of carbon footprint, too, as additional coal plants will not have to be brought online to electrify these homes, while also buttressing the current renewable energy on the grid.

As of March 2022, 13% of India’s energy generation came from renewables. However, renewable energy, whether solar or wind, must be distributed as well.

“If there are losses, the good work which is happening in renewables essentially gets nullified,” said Vashist. “Making the grid smart is helping renewable energy technologies to meet their full potential.”

Getting By With a Little Help From Their Friends

Vashist credits collaboration and “a razor-sharp focus” as the key stepping stones to success—not just for those in the climate tech world, but for anyone who is building a product.

As a member of Cohort 22-1, the mentorship and support the TekUncorked team has received from their Third Derivative partnership has been transformative.

“I just reach out to my [Third Derivative] connectors and say, ‘I think I need some help with this or that’, or ‘I think I’ve got someone interested in investment, how would you advise me to go about doing this?’” 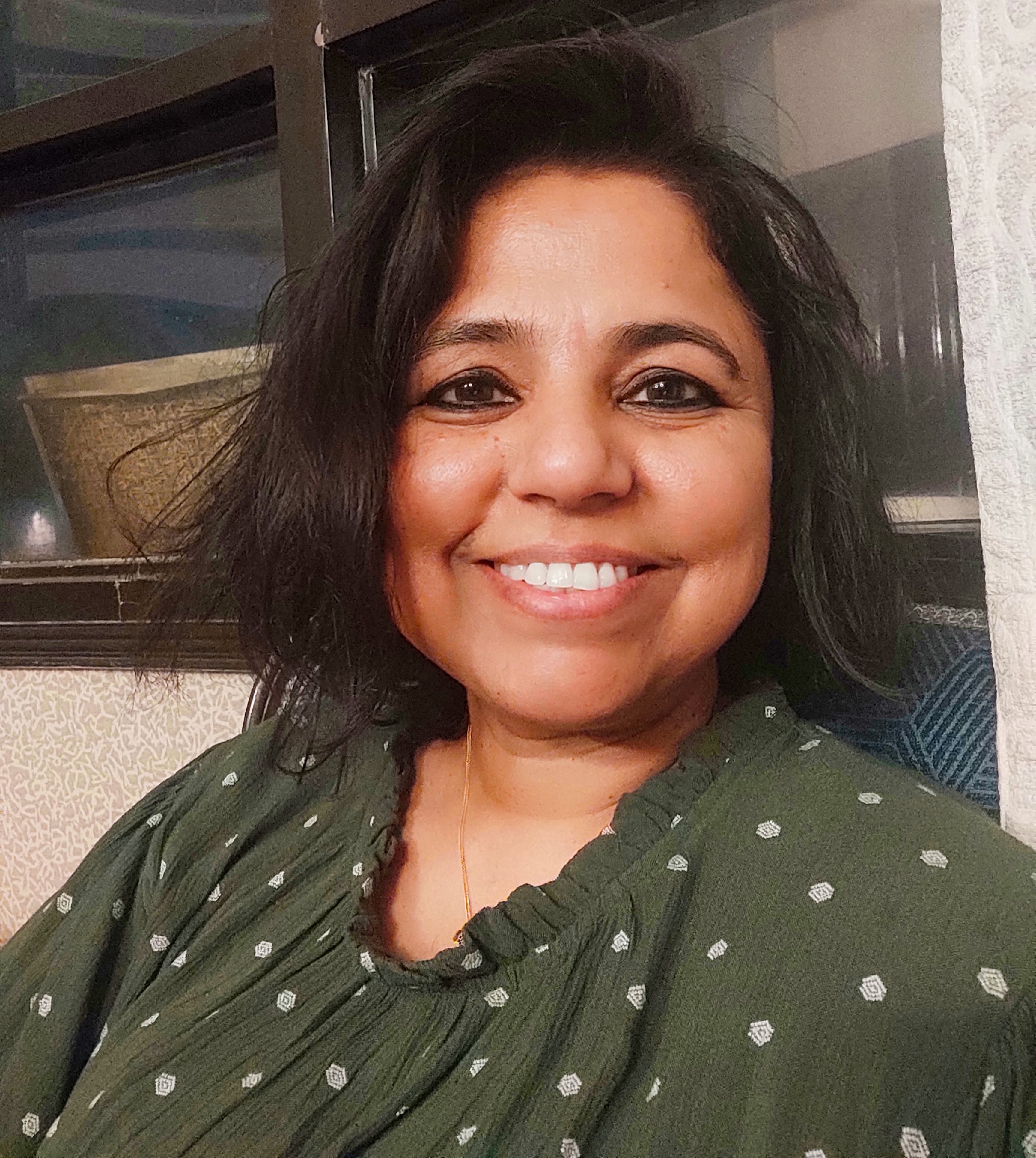 At the end of the day, building a successful startup is a contact sport, and she has a word of advice for her fellow dreamers, thinkers, and entrepreneurs.

“Don’t just sit in isolation and say that ‘When I take it to level X, I will go out and share it with the consumers,” said Vashist.

“That is how you have a winning product.”

➡️We’re looking for our next cohort now. If you’re a climate tech startup that would like our support accelerating your solution, please apply to our program by August 25.